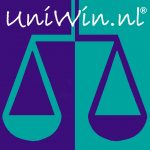 In some industrial situations, weighing is not done at a fixed weighing point, but in a mobile situation. UniWin can be used in mobile applications such as, on-board weighing, forklift weighing and many more. In general, weighing is done using UniMobile on a PDA device (available for several operating systems), but also UniWin/UniScreen for PC, can be used as a mobile weighing unit. The principle of the application is equivalent to static weighing, but the emphasize is on mobile. When a forklift is equipped with weighing forks, the weighing system becomes incredibly mobile and can be used in an enormous amount of applications where weighing can be done on the move.